It is no longer a question to ask or a magic to wonder, the impacts of climate change on agriculture are being felt in all Sub-Saharan Africa where farmers still depend on rainfall as a major source of water for farming.

With that in mind, the need to change how things are done is inevitable as long as the world wants to save some population from dying of hunger.

As it has proven its power in other areas, technology can have a huge impact on the agricultural sector as well. Though it is still a small scale, greenhouse farming has been transforming the way farmers can grow crops. 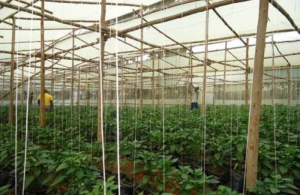 What exactly is greenhouse farming?

This technology is incorporated with a drip irrigation system where water in form of one drop at a time is directed to the root zone of a plant and in this way it is not lost through surface run-off or evaporation. This in turn discourages the growth of weeds which is good for the plant’s growth. 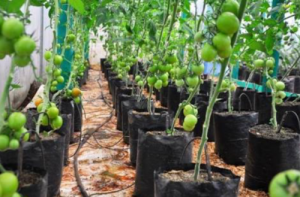 What are the advantages of using this system of farming over open farming systems?

In cities where land space is limited, this type of farming is crucial. In Dar es Salaam for example, Tanzanian’s most populated city, agricultural entrepreneur Mr. Benno Ndjovu invested US$ 4,458 to construct the greenhouse farming project which he expects to produce tomatoes worth US$ 12,738 per week after six months of operating.

Mr. Ndjovu’s greenhouse occupies an area of 12m by 14m producing an average of 10 crates of tomatoes per week where by each crate costs up to $16 in the market. According to him, each tomato plant has a potential of producing up to 15kg at first harvest going up to 60kg after completing six months, the time required for the complete full cycle. 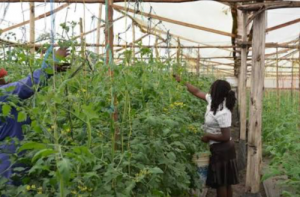 Just to be clear, in this type of farming, constant supply of water is as important as wings to a bird. Mr. Ndjovu is planning to expand his business up to 5 hectares that would supply 2,000 crates of fresh tomatoes per week.

The question here is where can small scale famers or any agriculture entrepreneur adopt this kind of technology in Tanzania?

The Balton Group is one of the companies that helps small scale farmers in adapting this new technology, from technical assistance to the training programs.